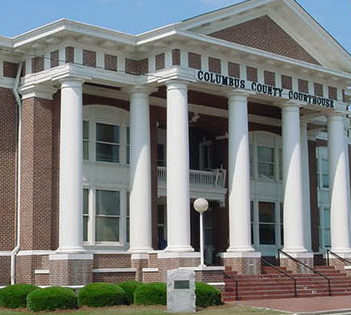 North Carolina is having problems with illegal Mexicans selling drugs which could be taken care of by securing the U.S./Mexico border! Deporting illegals without securing the border does not work as you can see Gabriel Castaneda was deported less than three months ago, and made it back to Columbus County. We also need a like Ariz. immigration law. In the case below of these illegal Mexicans would it be cheaper on we the taxpayer to have used my “How To Clean Up Immigration For DUMMIES” instead of waiting until these 4 illegal Mexicans get arrested for Cocaine, meth!

The cocaine, still wrapped in heavy plastic and duct tape, is valued at $200,000 if sold on the streets. The methamphetamine would sell for “at least” $9,000.

Gabriel Castaneda, 30; Angel Castaneda, 30; Rodrigo Barron, 28; and Salvador Pineda Gutierrez, 19 – all citizens of Mexico and determined to be in the United States illegally – were arrested.

“We determined this week that all four of the Mexicans were illegally in this country. Gabriel Castaneda was deported less than three months ago, and made it back to Columbus County,” Sheriff’s Drug Detective Lt. Steve Worthington said. Keep reading at SOURCE

I just finish reading this article BY RAYMOND DIX and he makes some very interesting points of why we need to secure the border between The United States and Mexico and cleaning up the immigration mess. Raymond said that he wasn’t sure just how to clean the mess up, well Raymond I have the answer on how to clean up the illegal immigration. All illegal immigrants in The United States has already committed a crime. I understand that we don’t have the resources to round all 12 million and perhaps as many as 20 million illegal immigrants so why not allow the police to check ID’s and when they find an illegal arrest him/her then the court should sentence the immigrant to 365 days in jail suspended with two years probation with orders to be out of the Country within 30 days and if they want to come back to get in line and come back legal. Once we start arresting these illegals many of them would decide it’s time to go back home and once the word get out they would think hard and long before taking the change to come to The United States illegal.
Some people will say that we should not arrest them, my answer to them is that the illegal immigrants has already committed a crime so why wait for them to kill someone as a drunk driving, or breaking some other law? So work harder at securing the border and arrest illegal immigrants as we find them would clean up immigration. Anyone have a better idea?

Americans who share a common border with the country that produces the most illegal immigrants, which is Mexico. Hence, we have a problem and national attention to this issue. Finally, the good folks of Arizona became fed up with the once again indisputable fact that our federal government for several administrations now, including the present, has done little to stem the tide of human traffic flowing into border states like Arizona, New Mexico, Texas and California.

Unlike the rest of us, these citizens of our country must absorb enormous financial obligations and burdens for these persons who reside here illegally. In a time of uncertain economic prospects, these states pay for medical, educational, communal (police and fire) and legal expenses for people who often contribute only sales tax revenue — and no income tax — to state treasuries.

The question is what we do to clean up this situation.
Read more at the Source

Let me see if I understand this, people can commit a crime by sneaking into The United States, once here they can commit another crime against an illegal immigrant which can then get a visa to be here legally! Obama why don’t you want to secure the border so we don’t have such a problem? Why is it so hard for immigrants to get visas to work legally from the border crossing gate?   Could the reason for sneaking across our border instead of coming by way of legal visa from border crossing gate be that they are terrorist, drug dealers, thief’s, murderers, escape prisoners, rapist and I could think of many more reasons!

The last of this fiscal year’s supply of visas was approved Thursday morning, marking the first time the government has hit the statutory “U” visa limit since the program became active two years ago.

In 2007, attorneys for immigrants who had been victims of crime sued the federal government for failing to issue any visas. Only 52 were issued in 2008. About 6,000 applications were approved last fiscal year.
Most visas are given to people not allowed to be in the country, but some are given to people with some sort of permission to be in the U.S. Read more at SOURCE