The ‘Southern Poverty Law Center’ is misnamed. Rather than focusing on providing legal aid to those who live in poverty the organization is actually an extremist Leftwing group that pushes an anti-Constitutional, pro-Socialist philosophy and ‘monitors rightwing hate groups.’

It just so happens that anyone, anywhere who stands firmly for the political philososphy of our Founders, honors and defends the U.S. Constitution as THE final rule of law in the land, and fights against attempts by radical extremists to ‘fundamentally change’ America from a free, capitalistic society to a Marxist one, is automatically labeled as ‘a dangerous extremist hate-group or individual.’

And naturally, extremist Leftwing hate groups are not on the list, such as Code Pink, PETA, ACORN, SEIU, and others that have actively engaged in violence against conservatives.

Perhaps the SPLC is not about calling attention to hate groups at all but singularly committed to smearing conservatives any way it can by lumping them together with the likes of Timothy McVeigh.

And that could well qualify the Southern Poverty Law Center as a ‘hate group’ in and of itself. SOURCE

These are the kinds of groups that back Obama and his socialist, Marxist agenda! We the American voters better start waking up to what is happening to our great country.  Are we going to allow Obama and his gang to take over all our freedoms! Spend our tax money on his friends and supporters, and allow Iran to have nukes while cutting our nukes back.  What is Obama up to people, does anyone know or care?  Are we not worried about what our children will be left with as they get to be adults, will they still have any freedom left after Obama and the democrats?  Anyone like to make a comment about what they expect this country to turn into if Obama keeps down the same path he’s on?  Speak up and speak loud with a bite to be heard!

Several Louisiana ACORN leaders, including the recently ousted state leader, are expected to announce today that they have started a new organization under the same name after national authorities of the community action network voted to take over the chapter.

The document states that Butler will be joined by several Louisiana ACORN officers, board members and the head organizers for the state chapter and the New Orleans regional chapter, all of whom apparently are leaving their posts within the existing structure.

Vanessa Gueringer, among those who criticized the White House, continued her excoriation of ACORN’s national leadership on Friday. “We don’t recognize the illegitimate interloper placed in the New Orleans office by national ACORN, ” she said. “We view this action as an aggressive move to steal our resources because the national organization is going broke.” Read More

Some stains are hard to scrub off, so it seem to be the same for getting rid of the corrupted group call ACORN! Now I ask if Obama has anything to do with this starting of a new ACORN group, remember he just went to Louisiana a few weeks ago. 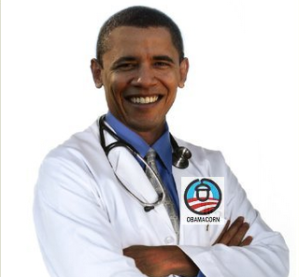 BARACK the CEO of ACORN

ACORN wants people to register to vote – as long as they’re Democrats. Republican registrations go into the trash.

Here is a first-hand account of how it happens. In February 2008, Fathiyyah Muhammad of Jacksonville, Florida, heard that ACORN was paying people three dollars for each voter they could register. ACORN paid her three dollars for each voter she registered, but Fatiyyah Muhammad says that the group threw out her votes and fired her when she brought them registrations of Republican voters.

Fox News reporting that a $1,000,000 grant from Homeland Security that was intended for Louisiana firefighters has been diverted to ACORN.

This, in spite of Congress cutting off funding for ACORN. Read More