The Solyndra case has propelled accusations of cronyism in the administration, and employees say that management’s questionable spending began almost as soon as the $535 million government-back loan was approved. A $344 million factory was built that included glass walls that could turn opaque with the flip of a switch and state-of-the-art equipment that was never removed from its plastic wrap and later sold for pennies on the dollar. Employees also said that they noticed inventory beginning to stack up in 2010

Goodtimepolitics: No way that Obama didn’t know what was going on with Solyndra and supported the company in its cronyism! No way could Solyndra get a half billion dollar loan without the President of the United States ok! Nixon was impeached over a less crime, so Obama should be impeached!

MONROE, Mich. — A blast that turned a vehicle along a Michigan street into a blackened shell and seriously injured an attorney and his two sons was the result of a car bomb, police said Wednesday.

There was a lot of power behind it. The victims are very fortunate, very blessed, to be alive,” Dawkins said.

Authorities have not publicly identified the victims, but Dawkins said they are a father and his two sons. Local media identified the father as Erik Chappell, an attorney who specializes in business disputes and family law. WXYZ-TV reported Chappell was driving his sons to football practice when the car exploded.

Goodtimepolitics: We have a cancer in the Whitehouse that is growing larger daily and spreading out into the American people. Obama’s hope is not the hope people were looking for when they elected him as their leader! Backing the big unions and his campaign supporters with taxpayer money has pretty well bankrupt out great Country. Now Obama says if you will give him more money by the way of new taxes that he would be willing to cut medicare, medicaid and other benefits from the poor, does that sound like someone that is for helping the poor when he’s willing to take away from them if he is paid to do so? Obama has to be evicted from the Whitehouse in 2012 election! We need to get government our of our lives so that we can do what is needed to make a living for our families! Comments welcome!

NOTE: Goodtimepolitics will be here posting for the remainder of this election cycle. 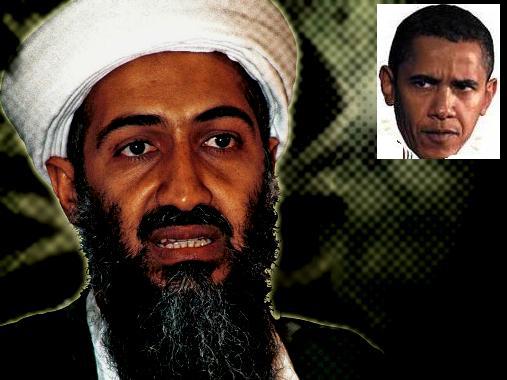 Osama bin Laden is alive and playing a key role in directing the war in Afghanistan, leaked US military files Making Barack Obama’s decision on hunting down the 9/11 killer Bin Laden when the President made a statement in a CBS interview on January 15, 2009. In the interview Barack Obama suggested that removing Osama bin Laden from the battlefield was no longer essential and that America’s security goals could be achieved merely by keeping al-Qaeda “on the run”. This brings this blogger back to what Bin Ladin said that the next attack on America would be from within our own Government.

Multiple intelligence reports on the whereabouts of the al-Qaeda leader are contained among the documents.

They disclose publicly for the first time that bin Laden is thought to be personally overseeing the work of suicide bombers and the makers of Taliban roadside bombs which have had a devastating effect on British and US troops
A secret “threat report” drafted by the Nato-led International Security Assistance Force (Isaf) in 2006 locates bin Laden as well as the Taliban leader Mullah Omar to the Pakistani city of Quetta as well as several villages on the Afghan border.

In 2008, he is reported to have presented an insurgent called Abdullah with an Arab bride as a reward for his work making improvised explosive devices (IEDs) in the northern Afghan province of Kunduz.

The previous year a newly developed poison, intended to kill coalition troops in Afghanistan, was named after Osama Kapa in recognition of bin Laden’s role in the Afghan war. SOURCE

Barack Obama suggested last night that removing Osama bin Laden from the battlefield was no longer essential and that America’s security goals could be achieved merely by keeping al-Qaeda “on the run”.

“My preference obviously would be to capture or kill him,” he said. “But if we have so tightened the noose that he’s in a cave somewhere and can’t even communicate with his operatives then we will meet our goal of protecting America.”

His comments, in a CBS interview, represent a significant watering down of the “dead or alive” policy pursued by President Bush since the terror attacks of September 11, 2001. They also appear to contradict Mr Obama’s own statements made in the election campaign. SOURCE

After reading the above it brings to light of a wrong decision by Obama who should be using everything possible to protect our troops and to bring Bin Laden to justice, so why isn’t he? One reason is Obama is a unexperience President! We have to remove him from the White House in 2012 if not before by impeachment.

Can you explain the reasons Barack Obama has not been trying to track down and kill or bring to justice Bin Laden?